As stated in my most recent retrospective installments, I’m spending the next several weeks looking specifically at the works of women filmmakers — particularly those directors with fewer than 10 films (as that’s normally the minimum threshold for my typical director retrospectives).  So far, we’ve explored the filmographies of Jane Campion, Sophia Coppola, and Kelly Reichardt.  Now we’re looking at a director whose films feel truly unique in terms of spectacle — whose work with adaptations seeks to present familiar texts in surprising, visually arresting ways:  Julie Taymor.

# 6: Across the Universe (2007) – I know, I know…there are lots of people who really enjoy this movie.  I’ve tried to appreciate this film, and I just…can’t.  For those that don’t know and/or couldn’t tell from the film’s title, Across the Universe is a pretty typical musical-romance plot tied together by various Beatles songs.  While I like the songs, I don’t care at all about any of these characters, their relationships, or their performances; and the film just draaaags on and on for me.  In fact, I can’t tell you how many times I checked my watch to see how much time was left.  Oof.  Instead of watching the film, I would much rather just listen to the actual Beatles albums.

# 5: A Midsummer Night’s Dream (2014) – I should preface this by saying that I’ve just never been able to get into A Midsummer Night’s Dream as a play — despite the fact that it’s one of Shakespeare’s most popular plays and much beloved by audiences and readers.  My feelings about the play…..meh.  As such, Taymor’s adaptation — here, we’re provided with a filming of one of her stage productions — was probably doomed with me.  That said, there are some visually memorable moments, particularly through the use of color and light/darkness, but the tone never feels quite right to me here.  Still, it might be worth a watch if you’re a fan of the play, I suppose…*shrug* 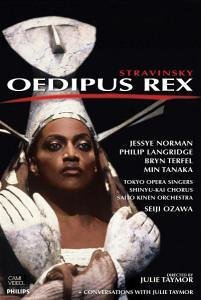 # 4: Oedipus Rex (1993) – Alright…let’s see if I get this right:  Taymor’s Oedipus Rex is a made-for-TV Japanese stage performance of a Russian composer’s (Igor Stravinsky) operatic adaptation of an ancient Greek’s (Sophocles) famous tragedy.  I’ve read Oedipus Rex a couple times before, but I’m unfamiliar with Stravinsky’s version.  Thus, I can’t really comment on how closely Taymor adheres to or strays from the Stravinsky source-material.  Regardless, I liked the character-design of this choral performances and the giant masks and hands for the main characters, which certainly provided the play with a real dramatic weight.  From what I can tell, Taymor has a real eye for set-design — something that comes through in Oedipus Rex as well.  The quality of the film, or at least the version of the film that I watched, hasn’t aged particularly well; and the narrator is a little too…intense.  But this was an interesting watch.

# 3: The Tempest (2010) – While I don’t think that Taymor’s The Tempest is a “great” film (or even a “good” film necessarily), I did enjoy it more than most critics.  There was quite a lot of hype around Taymor’s version, as Helen Mirren was cast to play Prospero, allowing for some gender-swapping from the traditional Shakespearean portrayal.  Overall, I thought Mirren performed her role well here, and I also thought there were some good turns from Alan Cumming, David Strathairn, Tom Conti, and Djimon Hounsou.  However, other roles felt very mis-cast to me — e.g. Chris Cooper and Alfred Molina (two actors whose work I usually like but who just felt wrong here).  Really…most of my complaints with the film may be with the play itself — a play that I’m, unfortunately, not very familiar with.  The humor doesn’t really land with me, and I don’t care at all about the young-romance angle.  That said, the visuals are, generally speaking, very impressive — particularly the costuming and makeup.

# 2: Frida (2002) – Probably Taymor’s most critically lauded film, Frida is a pretty good biopic about a great artist.  The casting here is strong — particularly Selma Hayek as Frida Kahlo and Alfred Molina as Diego Rivera, both of whom really dive into their respective roles.  [And, although a little weird, I also sorta admire the casting of Geoffrey Rush as Leon Trotsky and the peculiar charisma that he brings to that character.]  The film features a fantastic musical score and, as one expects from a Taymor film, memorable production values.  Moreover, the scenes that stylistically blend the plot into the dreams, imagination, paintings, etc. of Kahlo herself are incredibly impactful.  I do think that Frida suffers at times from the formulaic “artist-biopic” syndrome — i.e. a person suffers (childhood / young-adult) trauma, then discovers their true calling, then suffers several difficulties, before eventually recognized as a genius.  Despite the predictable rhythm of the film, when you read about its making (and, in particular, the highly unprofessional behavior by Harvey Weinstein behind-the-scenes, as he clashed with both Hayek and Taymor), it’s nothing short of remarkable that the film was even completed.  Definitely worth seeing at least once — especially for fans of Kahlo’s artwork.

# 1: Titus (1999) – From the opening scene of her adaptation of Shakespeare’s Titus, Taymor introduces viewers to the strange aesthetic that is to follow — a mixture of slapstick comedy, grotesque body-horror, exaggerated displays of tragic emotion, stylized descents into madness (real and fake), etc.  Re-watching the film again after many years, I was struck by how much certain scenes reminded me of the mad-cap quality of Terry Gilliam, who also often blends humor and horror to great effect.  At moments, Titus feels incredibly epic in its filmmaking, while at other times it features a distinct 1990s-era student-film type quality — resulting in a truly strange tonal experience for audiences.  Of course, while there are several good performances here (e.g. Jessica Lange, Harry Lennix, Colm Feore, etc.), the movie likely doesn’t work unless the film’s main protagonist puts forth a memorable effort; and Anthony Hopkins definitely brings his A-game in the role of Titus Andronicus, effortlessly switching between eloquence and nonsense depending on what the scene calls for (and sometimes within the same scene).  Titus would almost certainly benefit from being 20 minutes shorter and not all of the attempts to blend the ancient and modern really work for me, but it’s still quite an experience, especially for those interested in seeing filmic adaptations of a lesser-read Shakespearean work.

I don’t think that I’d categorize any of Taymor’s films as “classics” at this point — though, to be completely fair, she’s only done four actual full-length films (in addition to the recorded plays mentioned above and a short made-for-TV adaptation of Edgar Allan Poe’s “Hop-Frog”).  By my estimation, she’s had two “lackluster” efforts (Across the Universe & A Midsummer Night’s Dream), one “strange-but-interesting” effort (Oedipus Rex), an “average” film (The Tempest), and two “good-to-great” films (Frida & Titus).  I can totally understand why some critics don’t care much for her work — after all, she works largely by adapting much-beloved texts and her noticeable style is certainly not a match for all aesthetics.  Personally, her work strikes me as bristling with imagination and is almost always engaging visually:  the use of makeup and costume, color and light/shadow, scenery and set-design, etc.  And it should also be noted that, while she’s directed films, she’s almost certainly better known as a stage director; and the conditions, constraints, and considerations between stage and film can differ drastically.  If you’re at all interested in adaptation and/or looking for some filmmakers that fully embrace stylized visuals, then you should consider checking out some of her work.