As stated in my most recent retrospective installments, I’m spending the next several weeks looking specifically at the works of women filmmakers — particularly those directors with fewer than 10 films (as that’s normally the minimum threshold for my typical director retrospectives).  So far, we’ve explored the filmographies of both Jane Campion and Sofia Coppola.  Now we’re turning our attention to a director whose films really blew me away with their consistent excellence in terms of characterization, visual clarity, emotional resonance, sense of place, etc. — a director who I think, if I’m being totally honest, deserves to be in the serious conversation for best living American director:  Kelly Reichardt.

#6: Night Moves (2013) – Reichardt’s “worst” film isn’t really that bad — it’s just pretty average.  Night Moves details a plan by three eco-terrorists (played by Jesse Eisenberg, Dakota Fanning, & Peter Sarsgaard) who decide to blow-up a local dam.  And the aftermath causes some of these folks to consider the consequences of their actions and the extent to which one is alright with the killing of innocent people for a greater cause.  Night Moves is filmed well — in particular, there’s a scene that’s very reminiscent of William Stafford’s great poem, “Traveling Through the Dark” — and all of the actors do a pretty good job.  But the film just lacks the necessary tension, and a bit more setup about the pros/cons of this sort of act might have resulted in a bigger impact when it happens.  Again…not a bad movie, if you’re looking for something to watch but also probably not one you have to track down. 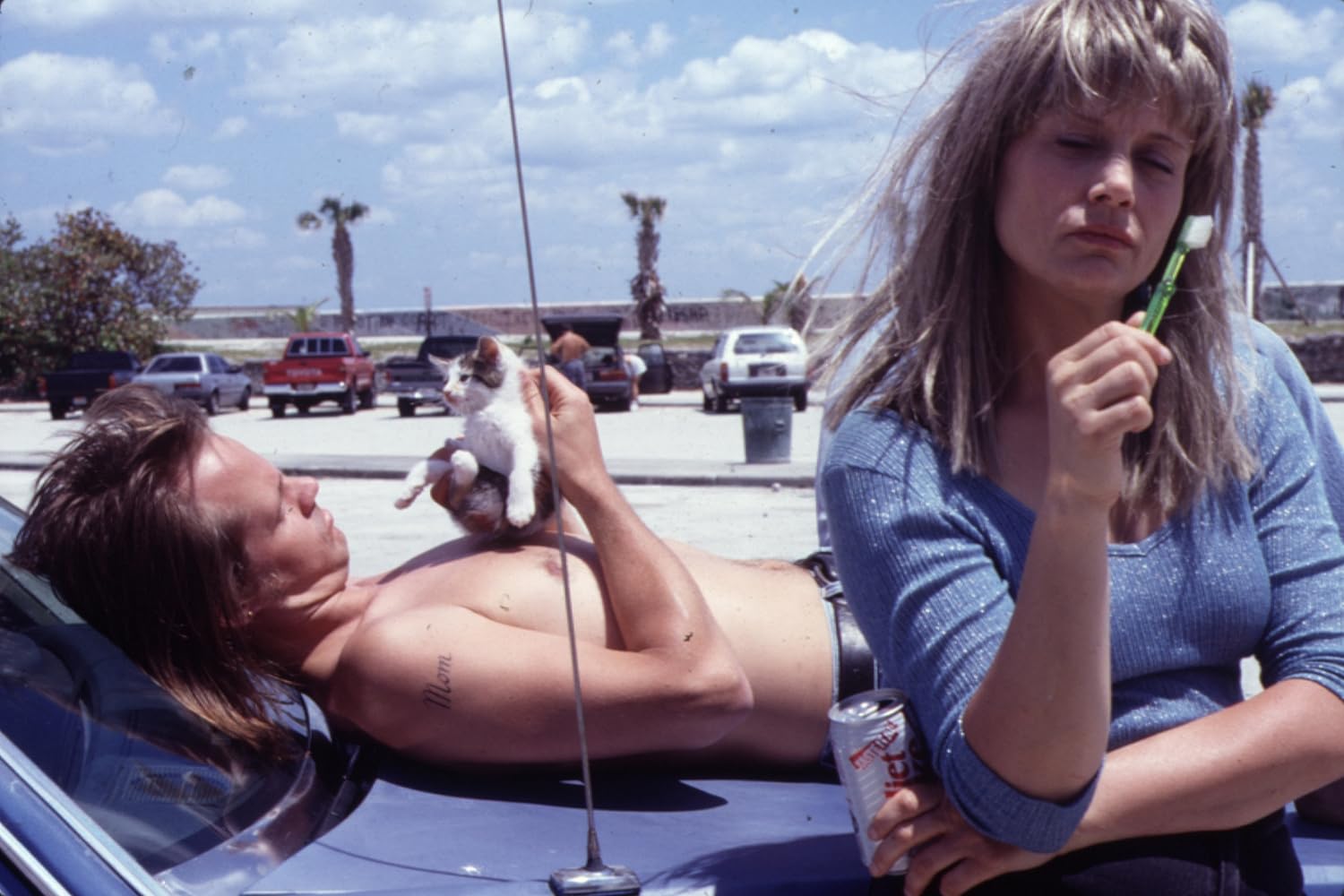 #5: River of Grass (1994) – Reichardt’s first film has that sort of rough-around-the-edges quality that I personally admire in a really good first film.  The basic premise involves an unhappy housewife (played by Lisa Bowman) and an aimless ne’er-do-well (played by Larry Fessenden) who meet under chance circumstances, commit a crime (but not really), and then decide to go on the run.  I read somewhere that Reichardt had envisioned making a romance without romance, a crime film without crime, and road movie without the road (or something like that); and River of Grass does sorta fit the bill in those regards.  It feels a little short and under-developed, and the pacing needs some work; however, it definitely demonstrates the technical proficiency that we see in her later work.  Plus, it’s also the only non-Pacific Northwest film in her oeuvre, as this film is set in Reichardt’s native Florida. 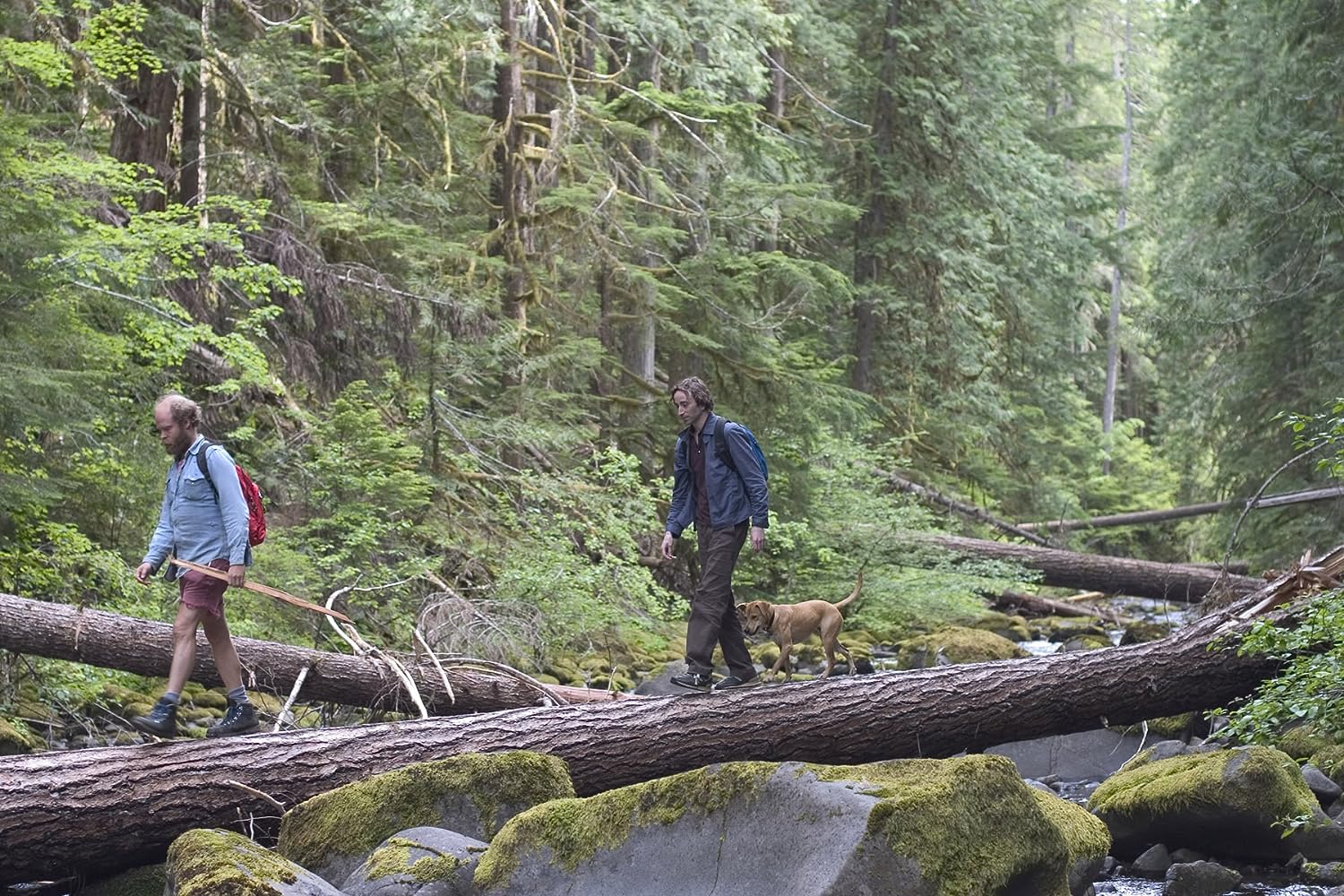 #4: Old Joy (2006) – Now we’re getting into Reichardt’s legitimately “great” films.  Old Joy tracks two old friends (who have lost touch), who decide to take a short camping-trip into the Pacific NW forests.  These two friends — Mark and Kurt (played by David London and Will Oldham, respectively) — are clearly in different places in their lives:  Mark has recently married, moved into a house, and is expecting his first child, while Kurt lives a sort of hippy / nomad life where he moves around and scrapes a living together with odd jobs.  [The third character in the film is Lucy the Dog, who is the best good girl!  She appears in another Reichardt movie listed below.]  Old Joy is a quiet and serene film — and confidently so — where much of the emotional oomph is left in the unsaid (with occasional bursts of intimacy) to demonstrate the impact of this deteriorated friendship.  I hadn’t heard anything about this film prior to watching Reichardt’s filmography, and I was really surprised by how much it affected me.  Truly underrated film that you should watch if you ever stumble across it online.

#3: Certain Women (2016) – This is Reichardt’s most recent film and one that received quite a bit of critical acclaim — even getting the Criterion Collection treatment.  Although it’s not my favorite Reichardt film, it is pretty great and definitely worth a watch.  With the possible exception of River of Grass, this Reichardt’s most narratively experimental film as it’s really a film of three vignettes — each focusing briefly on the life of a particular woman in a small-town Montana:  a lawyer with a difficult client, a successful woman trying to build her dream home, and a Native American ranch-hand who develops a crush on a local teacher.  The cast here is phenomenal, starring the likes of Laura Dern, Michelle Williams, Lily Gladstone, Jared Harris, Kristen Stewart, James Le Gros, and Rene Auberjonois.  Gladstone — a the aforementioned ranch-hand — is particularly fantastic in her role and expertly captures a complex combination of sureness, loneliness, curiosity, and longing.  [Her performance might be my favorite of any Reichardt film thus far.]  While everyone’s good in their respective roles, I do think that some of the storylines aren’t quite as interesting as others — in particular, Williams’s thread, while potentially complicated, feels not fully fleshed out — and that is what keeps this from being higher on the list.  But it’s still great! 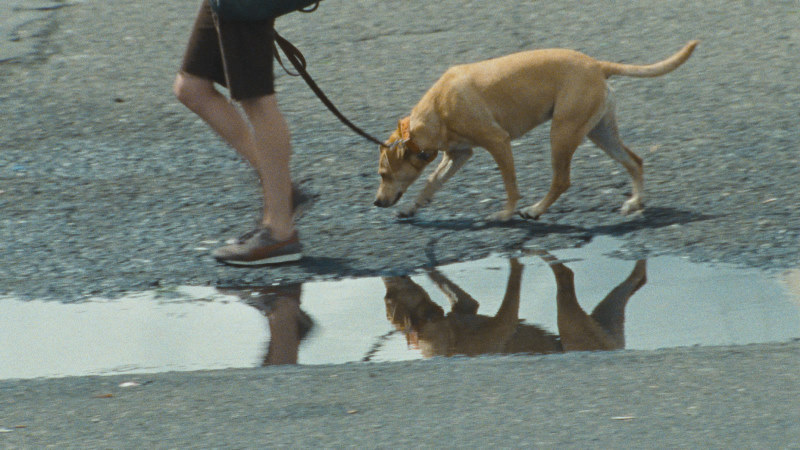 #2: Wendy and Lucy (2008) – Alright…now we’re getting to two films that I think are worthy of preservation as “classics.”  I was skeptical of Wendy and Lucy going into the film, as the plot seems pretty one-dimensional and those that I knew who liked this film aren’t necessarily viewers with a similar aesthetic as mine.  But I was so glad to discover how much I loved this sad (sad) film.  Stranded on her roadtrip from Indiana to Alaska when her car breaks down in a small Pacific NW town, Wendy and her dog (again…the very good girl, Lucy!) attempt to find a way to make enough money to get their car fixed so that they can continue on their trip.  One relatively minor mistake spirals into a full-blown problem, and the film goes from there.  Michelle Williams stars here as Wendy, and, while her performance didn’t garner an Academy Award nomination, it was certainly worthy of acclaim, as she carries the emotional weight of the film.  I don’t want to talk about Wendy and Lucy too much because it’s a movie that’s best enjoyed with a pretty clean slate.  Just be sure to stick around for the end:  It’s devastaaaaaating. 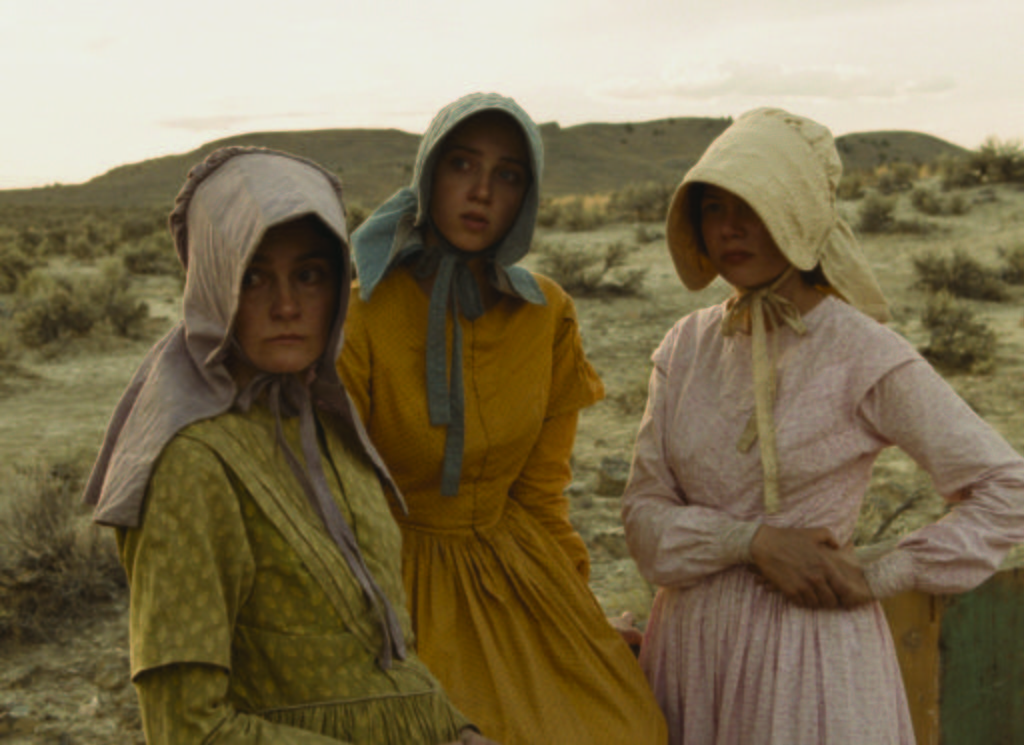 #1: Meek’s Cutoff (2010) – Reichardt’s best movie, in my opinion, and another worthy of filmic preservation, Meek’s Cutoff is one of the best Westerns of recent memory.  It’s a “based-on-a-true-story” of a small group of folks in 1845 who put their trust in an unreliable guide and the difficulties that subsequently arise as they journey toward Oregon.  [It’s more or less the old “Oregon Trail” computer game but a film.]  Once again, Reichardt elicits fantastic performances from her cast — which includes Michelle Williams, Bruce Greenwood, Paul Dano, Zoe Kazan, Rod Rondeaux, etc.  Formally, it’s a really interesting movie that Reichardt famously chose to shoot in a square-format rather than the typical wide-screen that we’re all accustomed to with most classical Westerns.  [Apparently, the choice of the square format was meant to represent the bonnet-perspective that features so heavily with these particular female characters.]  Moreover, Reichardt chooses not to give subtitles for the Native American character’s dialogue so that we, as viewers, are in the same position as the English-speaking characters in trying to figure out what might be going on and whether this particular character can be trusted to provide them with help.  The most impressive thing, however, is that Meek’s Cutoff is just a film that CONSTANTLY subverts your expectations.  They find gold and…nothing happens.  They have a showdown with guns drawn and…nothing happens.  There’s a pregnant woman and…she doesn’t give birth.  Etc. etc. etc.  Most films would’ve gone down these paths; however, it’s like a reverse-Chekhov where the thing is presented and then never comes to fruition.  The result of that refusal to give viewers what they expect (or might even want)  from the film is utterly enthralling.

As I’ve said before, one of my favorite things about this Director Retrospective project is discovering (for myself) directors who I hadn’t really watched before but whose work I come to deeply, deeply respect.  Mike Leigh was one of those previous directors, as was Hayao Miyazaki.  I can now add Kelly Reichardt to the list.  By my count, she’s made one “average” film (Night Moves), one “interesting but flawed” film (River of Grass), two “great” films (Old Joy & Certain Women), and two “classic” films (Wendy and Lucy & Meek’s Cutoff) that deserve preservation and that folks ought to be watching as long as there are people around watching movies.  That’s a truly incredible ratio for a director with so few films, relatively speaking.  In fact, I think we have to consider the possibility — maybe even the probability — that Reichardt might (MIGHT), in fact, be the best living mid-career director working today.  She’s that good.  You should go watch her movies.